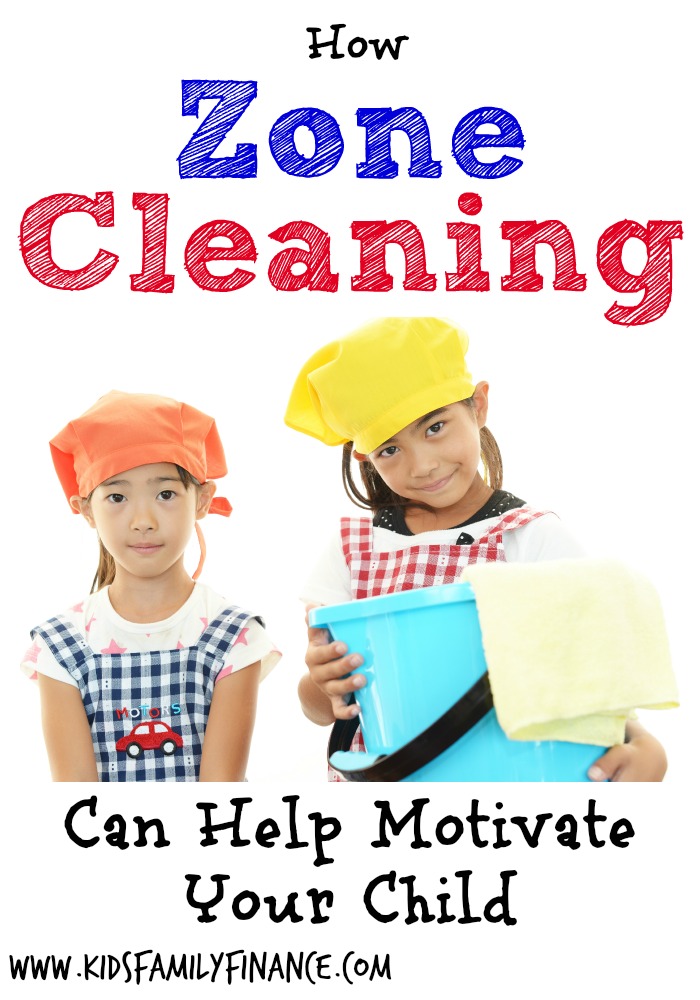 How Zone Cleaning Can Motivate Your Child

A few years ago when we were first developing our Family Economy System I was asking my sister what methods had worked best for her?  She is a Mother to seven children and I know that there is always strength in asking those around you what has worked for them. One thing I know for certain is that you need to have a system that is flexible enough to adapt to your family’s ages and stages or simply mix things up a bit to keep things interesting.

She immediately suggested that I do “zone cleaning.” She told me that kids get confused easily with chores changing too often and will assign an area of the house to her kids for a while. Examples of a zone could be: family room, bathroom, kitchen, halls/stairways, or the basement.

Not all zones have to be an entire room.  Some of these zones are harder than others so you may want to consider dividing up a zone that gets dirty often into smaller zones such as: toilet, sink, or the shower. Depending on the age of your child they could have a small zone area in the bathroom daily and a large zone area like a family room.

What makes the zone cleaning system so effective?

What is so great about the Work Stars Family Economy System is that you can adapt it and use the zone system for any of the chores – especially for the kid’s or parent’s choice. Give your child some ownership of what they are cleaning and you can even award them extra stars if you wish for keeping their area clean. They will notice that once their zone is clean they will want to keep it that way and that creates a lot less nagging for you as the parent which is ALWAYS a good thing!

By using the zone system you can even let your kids draw their “zones” out of a hat and make sure that no one gets the same zone twice in a row. You could also create a zone wheel that you rotate on a weekly/monthly basis to make sure the zones are fair – The zone separation could be determined together as a family so that everyone feels it is a good separation of chores.  Sometimes it’s good to add something “new” to the System to keep your kids motivated.

Zone cleaning can also be taken on by the parents too. I know when my children are asked to do something and they see that I am doing it right alongside them they are much more likely to join in. My son grumbles when I ask him to make his bed and he knows I haven’t made mine…which I have tried to do a better job of doing myself. Turn on some funky music and have some fun!

Why do kids learn about math, english, and history in school, but not about money? Paul Walker has been a practicing CPA for over 10 years, and Camille Walker is a former High School Family Finance Teacher. Together we have created Kids Family Finance as the ultimate resource for parents to teach their kids about money. Our #1 resource we have developed is the “Workstars Family Economy System”, which has helped hundreds of families teach their children that work = money, not credit cards = money.